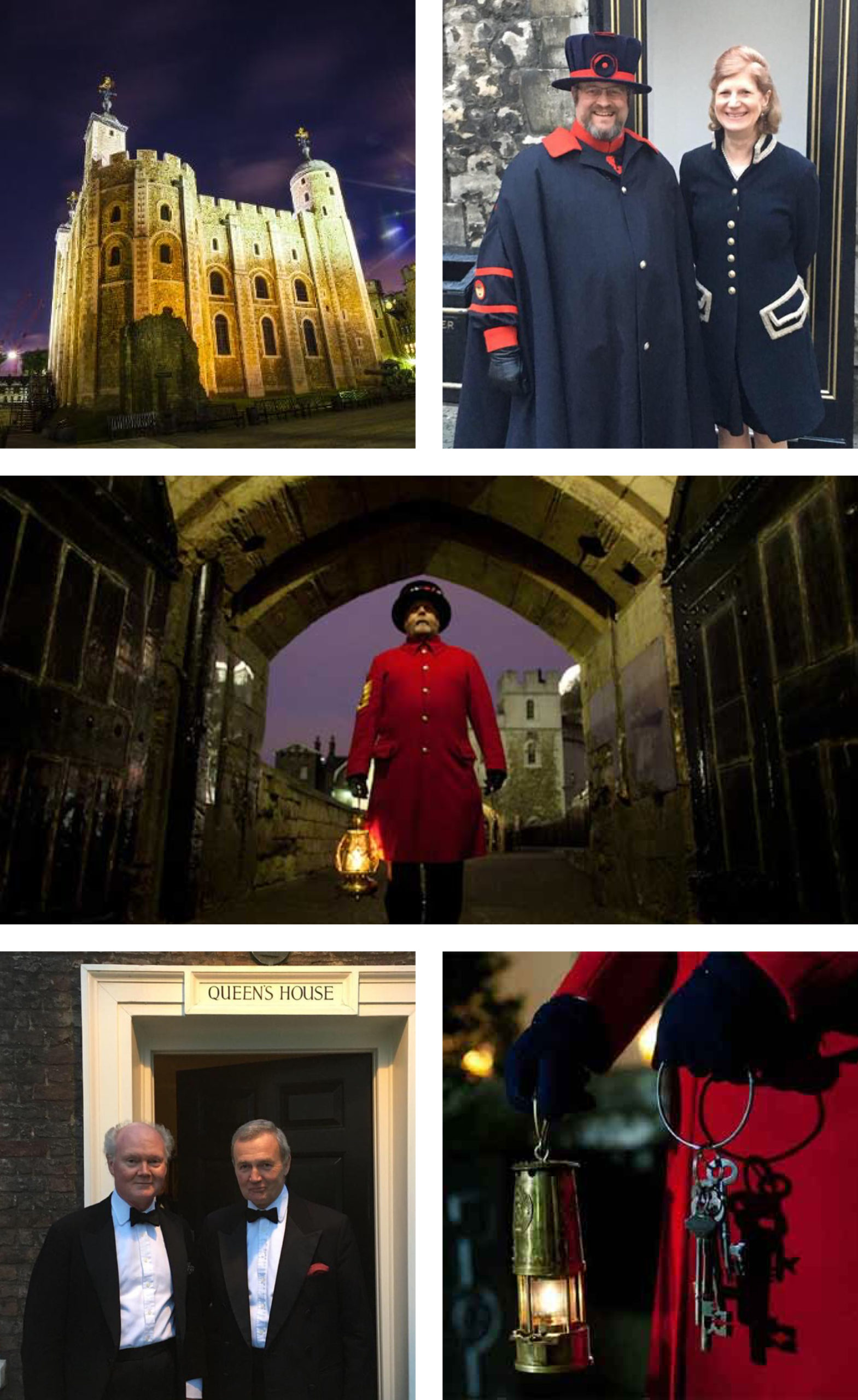 The Tower of London : Ceremony of the Keys

Footsteps echo in the darkness. The sentry cries out, ‘Halt, who comes there?’ The Yeoman Warder replies, ‘The keys.’ ‘Whose keys?’ ‘Queen Elizabeth’s keys.’ ‘Pass then, all’s well.’

For over 700 years, at exactly the same time each night (at 8 minutes to 10pm), the Chief Yeoman Warder of the Tower of London locks the gates of the Tower under the eyes of the duty regiment of Foot Guards then on duty, and proceeds to take the keys to the Queen’s House for safeguarding overnight. Only once, in over seven centuries, has the ceremony not occurred, during World War II, when a local bomb knocked a couple of warders off their feet. It continues unabated to this day.

The Constable of the Tower, General The Lord Houghton, invited friends and sponsors of the Historic Royal Palaces to witness this extraordinary and colourful ritual and Coates & Seely were delighted and honoured to provide the sparkling wines to accompany the small and intimate reception afterwards.”